When it comes to choosing the most popular private jet, there are many factors to be taken into account. Although, each manufacturer is always aiming to produce the best aircraft on the market, for both performance and comfort, the decision is always made by the market.

Just like in any form of transportation, the popularity depends on personal preferences. When it comes to private jets, it is all about the performance, comfort flight itinerary and of course, safety.

In order to choose the most popular private jets, we have looked at the business aviation market and picked them from each category.

Pilatus PC-12 is a versatile aircraft that can reach up to 21,300 airports worldwide. The interior of this turboprop aircraft has been designed with the partnership with BMW Designworks. The aircraft can fly at maximum cruise speed of 290 knots and up to 30,000 feet.

The range of Pilatus PC-12 is 18,003 Nautical Miles (3,339 km). It is powered by a single Pratt & Whitney Canada PT6E-67XP engine with Electronic Propeller and Engine Control System (EPECS). Pilatus PC-12 can accommodate for up to 9 passengers and also be adapted to provide space for beds.

This single-engine turboprop has an impressive short field performance and can land on unpaved runways.

Cessna Citation M2 is a Very Light Jet that has a maximum capacity of 5 passenger seats: 4 seats in the main cabin and 1 in the lavatory seat. The aircraft was first launched in 2011 and the first prototype flew in 2012. Citation M2 is certified for one pilot operation and it is often considered as an owner or operator aircraft. The aircraft is powered by a pair of FJ44-1AP-21 turbofan engines, each of them producing 1,965 lbs of thrust.

The range of Citation M2 is 1,550 Nautical Miles (2,870 km) when operating at the maximum range. The maximum cruise speed of the aircraft is 404 knots and it can fly at the maximum altitude of 41,000 feet. This VLJ can take off from the runway of only 3,210 feet and the landing distance for Citation M2 is just 2,590 feet.

The Citation M2 has a fully digital, dual-channel autopilot system, with additional features to provide extra safety and reliability.

Cessna Citation CJ4 is an enhanced version of the previously released Cessna Citation CJ3. After being announced for the first time at the NBAA conference back in 2006, it took its first flight back in 2008. The Citation CJ4 can accommodate 8 or 9 passengers in the cabin, depending on the seat configuration. This light jet has a single-point refuelling system which reduces the time on the ground.

Embraer Phenom 300E is an upgrade from the original version of Phenom 300. The first flight on Phenom 300 was performed back in 2008 and in 2018, Embraer has announced upgrades to Phenom 300. In 2020, Embraer has announced that there more tweaks to be added to the Phenom 300E. Phenom 300E can accommodate of up to 10 passengers in the cabin and it has a low cabin altitude of 6,660 feet, making it easy for the passengers to relax and work. This aircraft has been amongst the most popular private jets in the Super Light Jet category for many years.

The Oval Lite cabin of the Phenom 300E provides a lot of cabin space for the passengers and it consists of windshear alerting, weather radar and turbulence detection.

Hawker 900XP has launched back in 2006 during the NBAA convention and it is an upgraded version from the previous Hawker 800/800XP/850XP. This midsize jet was manufactured by Hawker Beechcraft Corp between 2009 and 2013. The upgrades came with improved payload capabilities, upgraded systems and enhanced performance. Hawker 900XP has 8-10 passenger seats, depending on the configuration and alternative layouts are possible if extra baggage space is required.

Hawker 900XP has kept many of the features of the Hawker 850XP such as Proline 21 avionics, cabin design and winglets.

Gulfstream G-280 was initially introduced as Gulfstream G-250, however it was renamed to Gulfstream G-280 in 2011. The production of G-280 began in 2011 and still continues to this day. This super midsize jet has the same fuselage design as G-200, however the upgrades were made to the engines, T-tail and the wings. The typical cabin configuration of the Gulfstream G-280 is 10 passenger seats.

The avionics of the G-280 include EVS II and HUD II, PlaneView280 cockpit and Gulfstream Cursor Control Devices.

The avionics of the Challenger 650 include Fusion and Rockwell Collins Pro Line 21. The upgraded larger appliances to the galley allow faster meal preparation as well.

Bombardier Global 7500 was first announced back in 2010 and the first flight on Global 7500 was performed in 2016 and it entered service in 2018. Global 7500 is based on the previously released Global 6000, but with more upgrades including bigger cabin and increased range. There are 19 passenger seats on the aircraft and the seats are designed with the Nuage technology, allowing passengers to experience an exceptional comfort. Global 7500 is one of the most popular private jets as of now, until Gulfstream G-700 and Global 8000 have entered the market.

The Global 7500 aircraft has an advanced air management system, allowing to rapidly raise or lower cabin temperature, as well as deliver 100% fresh air. Having the largest galley in the industry: sink and faucet, microwave oven, as well as coffee machine and chilled storage make the food preparation even easier. It also features Bombardier Vision flight deck, cutting-edge avionics and next generation fly-by-wire technology.

It Is All In Your Hands

When choosing an aircraft for a charter, it all depends on your flight itinerary, number of passengers, amount of luggage and of course, personal preferences. If you are not sure which aircraft to charter, our team of aviation consultants are always able to advise and help you to select an aircraft that you would feel most comfortable flying with. If you the most popular private jets of our choice, feel free to get in touch!

In order to get exclusive rates for a private jet charter, you can always contact our team of aviation advisors who will ensure that you are receiving the best rates and exclusive experience.

No comments for “The 8 Most Popular Private Jets In 2022” 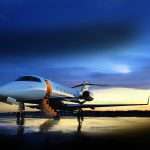 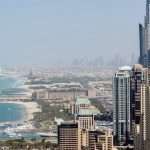 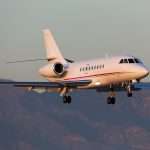 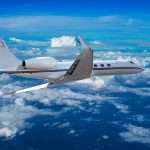