Although private jets are designed to be able to fly in snow, wind, rain and other forms of inclement weather, there are still certain things you need to be aware of when flying during the winter months. Private jet de-icing is one of the key components to ensure your private flight safety during winter conditions.

If you have never done this before or simply want some tips on how best to prepare for a trip that may encounter harsh conditions while in flight, then read on below!

De-icing is the process of removing ice and snow from an aircraft. The process involves spraying the aircraft with a heated fluid, which melts the ice and snow and then falls off. The heating of the aircraft surface is necessary to prevent the accumulation of ice on the wings and other surfaces. The build-up of ice on the aircraft can interfere with the lift. De-icing also helps provide better traction for takeoff and landing in icy conditions. It is done by minimizing skidding during the takeoff roll, preventing accidents due to loss of control when taxiing on icy runways. Also, it is done to ensure that runway surfaces are not compromised by too much weight as a result of freezing rain or snowfall during flight operations.

How Does De-Icing Work?

It’s important to understand that de-icing is not a one-time process. The aircraft must be checked and cleared again after each takeoff, no matter how short the flight is or how warm the temperatures are outside (or how low they’re expected to get). That means that every time an aircraft takes off from a runway during winter weather, there must be a de-icing crew on hand to perform this task.

De-icing is performed by a team of trained professionals known as “de-icers” or “de-ice crews.” They work in shifts and have all of the necessary equipment for effective de-icing operations: heaters, fans and hoses for spraying hot water or chemical solutions onto an aircraft’s sensitive surfaces—which includes its engines as well as its wings and fuselage. Due to varying weather conditions at airports worldwide, de-icing time may vary depending on how effective your particular plane’s anti-icing system is at its location.

Even if your private jet charter experience goes well on every occasion, there are times when you just can’t avoid bad weather. For example, you may be flying from Geneva to London in winter and have to deal with freezing temperatures and snow on your way from airport to airport. You’re going to have to de-ice your aircraft before takeoff, but how much will it cost?

Private jet de-icing costs vary depending on how much fluid is used during deicing and the airport where you land. In general, the rates depend on the amount of liquid used and the time spent for de-icing at the airport waiting for clearance for takeoff. The size of an aircraft also plays a role, for example, light jets will require less fluid than heavy jets. Therefore, charging rates are different for these types of aircraft as well (for example, larger planes tend to not only need more time but also cost more because they require more de-icing fluid).

It is important to understand that with the on-demand charter, the client always pays for the de-icing costs. The bill is generally invoiced after the flight and the costs will depend on the amount of work that had to be done for de-icing services.

Working with a good and competent broker is essential in order to minimize the uncertainties of private jet de-icing costs. In some instances, it might be less expensive to keep the aircraft in the hangar over a period of time before your departure. This way, the aircraft might not even need de-icing in the first place.

How Is De-Icing Implemented During Winter Weather Conditions?

When you see a de-icing truck at the airport, it is the first indication that your aircraft is about to be de-iced. While this may not seem like a big deal, it’s actually quite an involved procedure and must be carefully completed for safety reasons. De-icing needs to be implemented in order for the private jet to take off legally and safely, prioritising the safety of the passengers and maintaining the aircraft’s condition.

The following are some basic guidelines for each of these steps:

When faced with time constraints and inclement weather, private jet flights may be your best option for travelling this winter. Private jet charter is the fastest and most convenient way to travel from any destination in Europe and around the world. Private jets can land at smaller airports where commercial airlines cannot operate due to size limitations. In addition, many smaller airports have shorter runways which can pose risks during bad weather conditions—but not when it comes to private jets! When chartering with Challenge Jet Charter, you will be able to safely land under even the most difficult of conditions because they have been specifically designed with safety as our top priority.

Private jets are available 24/7 so that you don’t have to wait until morning hours before catching your flight home after an evening out (or worse yet: drive). This is especially useful if you’re stuck at an airport where all commercial flights are cancelled due to inclement weather; instead of being stranded overnight without food or shelter, simply contact us via phone call or e-mail and we will do everything possible within our power to get you back home safely without delay.

If you’re faced with a time constraint and inclement weather, private jet flights may be your best option for travelling this winter. When considering the alternative of commercial travel, it is important to note that there are many benefits to chartering a private jet. For instance, you will always have priority boarding status on a private jet flight because these planes have small cabins which makes them ideal for flying during peak travel season when airports are at capacity.

If you are planning to travel during the winter period, our team of aviation advisors will always be happy to assist and help you plan your flight itinerary. The team at Challenge Jet Charter remains at 24/7 service regarding your flight enquiries and private jet travel arrangements. Please, do not hesitate in contacting us so we can look after your private jet flights as you stay connected around the world.

No comments for “Private Jet De-Icing During Winter Conditions” 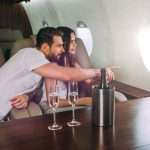 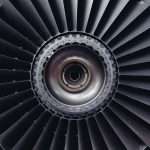 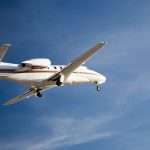 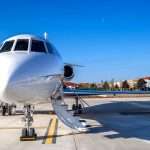 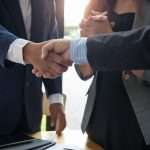