An airport is only as good as its ability to serve your specific needs. Seasoned travellers know this better than anyone. The right choice of the airfield can save an immense amount of time. This comes particularly handy when visiting a busy capital, and therefore why we bring you a guide to airports in London.

Proximity to the final destination is a plus. However, the ability to process passengers and flights with minimal delay cannot be understated.

We’re keen to set the story straight when it comes to making the most of your time on your next private jet flight to London.

We invite you to visit or revisit some of London’s most central airports available to cater to your particular needs.

A mere 22 km (14 miles) from the city’s centre, what was previously an RAF Air Force base stands out as one of London’s best private jet airports, the London Biggin Hill Airport. With the ability to process small and larger business jets, it benefits from having no scheduled airline flights.

As a result, you’ll find wider availability that meets your needs. Our guide to airports in London recommends the 6-minute helicopter shuttle service, along with a variety of luxury services which make it an excellent option for all private jet customers.

Unlike Biggin Hill, London Luton is a well-known hub for low-fare airlines. The good news is that private jet flights also operate in this very convenient airfield.

As an added advantage, you can avoid the commercial terminal and get into London promptly.

Those staying in the northern area of London may find this option a rather appealing one, with many years of private jet operation ensuring a smooth travel experience.

Home to the legendary Farnborough Air Show – making a return on 18-22 July 2022 – this is also a convenient airfield for those wishing to travel into London. A mere 50 km (38 miles) south-west from the city centre, well-served by the M3 motorway.

Its quality service meets customers’ highest expectations, with one of the best FBOs –fixed base operators – anywhere in Europe.

Stansted has long served as one of London’s most convenient low-fare airline hubs, gaining popularity amongst private flights. The northeastern-based airport is a valid alternative for those visiting the city of London or other regions of Eastern England.

As with other larger commercial airports, private jets frequently operate here all year-round with the utmost convenience and outstanding on-time performance.

One of the most distinctive approaches in the world, nothing shouts London and exclusivity quite as well as London City Airport. The leading business airfield serves several destinations worldwide, from domestic to European and US flights. No guide to airports in London would be complete without this shining star.

Operating times have some limitations, especially on weekends and late hours, but it’s still one of the most central options for those wishing to optimize their time in style.

The operations for private jets at London Gatwick Airport are very common. The airport handles both private and commercial flights, all year-round with great service and performance.

London Heathrow Airport was founded in 1929 initially on a small airfield but after World War 2, it was developed into a much larger airport. It serves London with both international and domestic flights.

Your Guide to Airports in London

If the nature of your trip is somewhat time-sensitive, a few options allow you to combine your private jet flight arrival with a helicopter transfer to central London. Alternatives include the convenience of a luxury car hire or even a more mundane and practical train ride operating to and from some airfields.

Contact us today for your free quote and allow us to provide all the services required to make your next visit to London one to remember.

No comments for “Your Guide to Airports in London” 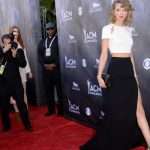 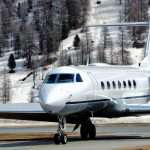 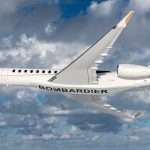 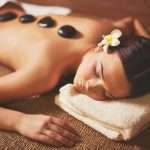 The World’s Most Luxurious Wellness Retreats 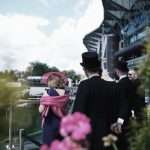 Charter A Private Jet To Royal Ascot In London